Morocco is the quintessential land of contrasts – both geographically and culturally, and it´s Africa! Welcoming are its indigenous Berber tribes people, and their unique connectivity to a nation blessed with stunning coastlines, high alpine meadows, exotic towns and golden Saharan landscapes. Considered a peaceful, tolerant society – especially after the Arab uprisings of 2010 and successful recent elections, Morocco remains a tourist friendly destination (and has been for 40 years). From adventurous and exotic to cosmopolitan and chic, Morocco rises to meet all tastes and interests!

This cycling  tour aims to capture Morocco´s highlights which blend diverse natural landscapes with urban treasures, delicious gastronomy, exotic local customs and enough market and artisan visits to knock your socks off. Starting in the realms of Marrakech – North Africa´s most colorful marketplace, your tour rides through a diversity of landscapes including oasis like date Palmaris; the foothills of the mighty Atlas Mountain range and the sun swept vastness where the Sahara desert begins. There´s few riding tours that offer such an explosion of color, culture and landscape! The bike rides, like European tours are full day experiences and mileage varies from day to day – depending on what’s to see and do on route. In addition to our hand selected riding program, we have built in more attractions including visits to local communities and Berber homes, learning aspects of agriculture and food preparation and touring ancient Kasbah (fortresses), and historic sites.

The tour ( lovely cycling tours ) offers fabulous riding experiences in Morocco´s most attractive zones: The surroundings of Marrakech, the foothills of the Atlas, the big cities, the rural villages of the countryside and into the Sahara Desert itself.

In Casablanca we’ll visit Hassan 2nd Mosque, the biggest mosque in Africa, and experience the Cornish coast before departing for Rabat, the capital of Morocco, includes Minarets, Mosques and ancient and  the Oudaya Kasbah and its beautiful gardens. on our way to Meknes we will go back in time to the 3rd century by visiting the most important archaeological site in Morocco, Volubilis, has the best preserved Roman ruins in this part of Northern Africa, this roman ruins were listed as a UNESCO World Heritage site in 1997, here you will see the most beautiful Mosaics in Morocco dating back to 3rd century BC, here you will have a guided tour of the site and learn a lot about the Roman Empire.

From Volubilis we go on our way to Meknes that was named after a Berber tribe which was known as Miknasa in the medieval North African sources, Meknes was the capital of Morocco under the reign of Moulay Ismail (1672–1727) he built it in the ingeniously designed granaries, really fascinating architecture of tiny windows, massive walls where he used to store grain and hay to feed his 15.000 horses not food for humans,we will stop as well to get pictures of the Bab AL Mansour, the Great gate built in the 11th century by the King AL Mansour Adahbi, then continue to Fes via the foothills of the Rif Mountains, get to Fes at the end of the afternoon.

Check in to your riad at the heat of the Medina. Overnight riad

After breakfast in your Riad, you will start exploring the oldest city in Morocco, walking in its alleys and small streets. Our visit starts by visiting the Royal Palace gate, the Jewish headquarter, and the first Mellah ever built in Morocco, built during the 16th century. We will ensure that you visit all sites with cultural and historical interest including the famous Al Qaraouine University, the oldest in the region, the Tanneries, the Attarine museum and Mulay Idriss mausoleum. After lunch, you will visit the tiles cooperative and then experience a wonderful panoramique view over the whole Medina of Fes.

Overnight accommodation will be at your hotel or riad in Fes.

After breakfast we will start our day from the Riad in Fes then drive southwards to Ifrane and Azrou by the Middle Atlas Mountains. On the way we will stop at cedar forest to see the Barbarian Ape in their natural habitat. Traveling through the Tizi Ntalghamt pass to Midelt and along the magnificent Ziz Gorges carved through volcanic rock, you’ll see views of the Middle-Atlas plateau, noticing how the scenery changes to reveal hints of the desert as you approach the city Errachidia, and then travel along the luxuriant Ziz Valley, stopping for panoramic views along the way,  we will drive through welcoming Berber villages to Erfoud, and then Rissani, the foundation of the Alaouite dynasty – the current ruling royal family in Morocco.

Rissani is surrounded by 360 ksar (a fortified village with many towers) and has a big souk (an open market), held three times a week. Arrive to Merzouga on the afternoon, you’ll be welcomed with a glass of mint tea then get guided by an experience Camel Guide taking the best care of you.

The camel trek takes about 1hr 30 min from the hotel to the camp where we continue the spirit of the nomadic Berber lifestyle. There we setup 3 Berber tents with additional restaurant and kitchen with the dunes naturally providing basic facilities. The tents are well equipped and we provide mattresses, blankets, and cushions. After dinner we gather round the fire and enjoy the desert night perhaps with traditional Berber drums.

The camel man will wake you up early in the morning to watch what well may be the best sunrise of your life. Afterwards, you’ll peacefully camel-trek back to your hotel appreciating the unique beauty of the spectacular Erg Chebbi dunes – changing with the light as the day progresses. After breakfast and shower, we will leave for Rissani if it is a Sunday, Tuesday or Thursday this is an opportunity to explore the souk, once a meeting place for many caravans coming from Timbuktu in Mali.

we’ll continue driving towards Tinghir Todra gorges, the highest, narrowest gorges in Morocco, here you will have the option to hike for an hour within the valley, where you will meet locals and learn about the culture and geography, after a tradition lunch in the heart of the gorge, you will continue to the Dades Valley, where you’ll see the majestic sand castles and the amazing rock formations known as “monkey toes”.

After breakfast in the hotel we’ll drive through the Dades Valley towards Kalaat Mgouna and Ouarzazate. The route through Dades Valley is the way of the thousand Kasbahs – providing numerous opportunities to take some of your best photographic shots of the trip. Then the roses valley and Skoura village. Continue to Ouarzazat, “the Hollywood of Africa”. Lunch is at the famous Ait Ben Haddou kasbah, the largest Kasbah in Morocco. After touring this UNESCO matrimonial historical site, our journey will continue through the majestic Tizi ‘n’ tichka pass (2260m) over the High Atlas Mountains,. We will have time to stop and enjoy impressive views and visit the Argan oil cooperative. We will arrive in Marrakech in the late afternoon.

After Breakfast in the Riad you will have a full guided tour will be scheduled to discover Marrakesh which is known as the “Red City”.

Marrakesh is the most important former imperial city in Morocco’s history,it is situated near the foothills of the snow-capped Atlas Mountain, like all the old cities, we will ensure that you see the most important sites of historical and cultural interest, including the Menara Gardens, Saadian Tombs, Bahia Palace, Koutoubia Mosque and its gardens, delving through the alleys of the souk where they will have the opportunity to see in action at different artisans working leather, carpet weaving, tailoring slippers, etc….

Marrakesh has the largest traditional market (souk) in Morocco and also has one of the busiest squares in Africa and the world, Jamaa el Fna, the square is full of story-tellers, water sellers, dancers, snakes charmers and musicians. During the night the square turns into a huge open-air restaurant.

During our visit we will see The Koutoubia Mosque, built in the 12th century in the reign of Almoravid Dynasty, after lunch at a restaurant near the square; we will walk through narrow streets and allies in the ancient city and souks and view hundreds of handicrafts.

On the afternoon, you will have some free time to wonder by yourself and see Marrakech as you like

After breakfast, you will travel to the airport for your departure flight. Tour ends at the airport.

Note : we will ride our bikes in safe places and free spaces and most interesting ( and you can tell also where you want to ride your bike and be sure we will do it for you )

WHAT THE TOUR PRICE INCLUDES 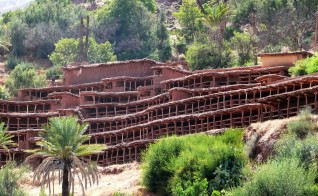 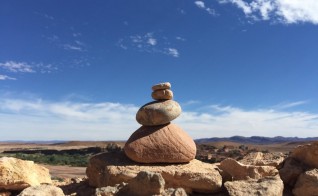